From Tuscany to Friuli

The Manini family, which originally ran pawnshops, fled Florence and went into exile in Friuli, or Udine to be more exact, during the years when Raimondo Della Torre was Patriarch. They bolstered the numbers of an already strong Tuscan community in an area that lagged behind central Italy economically and therefore offered great potential for development. In the ongoing struggle between Venice and the Patriarchate of Aquileia for control of Friuli, the Manini family immediately sided with the Savorgnan and Del Torso families in supporting Venice’s expansionist aims, which gave them a great advantage.

Manino III settled in Udine in 1312. His descendant Antonio Manin (who truncated his surname in the Venetian style) purchased the Gastaldia di Sedegliano in 1578 and had a large manor house built in the tiny village of Passariano. At that time, the village was home to only 16 families, but this area between the Stella and Taglio River tributaries was so abundantly endowed with water that it could support numerous manufacturing activities. The surrounding area already housed houses and land owned by important Friulian families such as the Colloredo family.

In 1651, Lodovico I was granted the title of Patrician of the Republic of Venice due to the contribution (100,000 ducats) that his wealthy family made to replenishing the city’s depleted coffers following the long war of Candia against the Turks.

Over the next 150 years, the members of the Manin family ascended to the upper echelons of Venetian aristocracy, rising through the ranks of lieutenants, captains, residents, senators and Procurators of St Mark.

The family’s wealth was truly remarkable: at the beginning of the 18th century, their landed property covered over 12,000 hectares and stretched from Polesine to Istria, while their houses were scattered between Rovigo, Padua, Vicenza and Belluno – some as far flung as the provinces of Gorizia and Trieste. The Manin family built a palace in Udine and supported the ecclesiastical hierarchy with significant contributions to religious building work in Venice, such as the construction of the Jesuit church and the chapel of San Giuseppe degli Scalzi. In Udine they also built a chapel bearing their family name, refurbished part of the cathedral interior and carried out work in San Pietro Martire.

On 9 March 1789, one member of the Manin family, Lodovico, succeeded to the highest office in the Venetian Republic when he was appointed Doge. He then had to stand by helplessly in 1797 as the Treaty of Campoformio was signed, ceding Venice to Austria and putting an end to the Venice Republic’s thousand-year history.

A slow decline took hold in the ensuing centuries, as the historical climate that had benefited the family changed. This period was marked by family squabbles over inheritances and the gradual loss of the large agricultural estates that supported the activities carried out in the house and its adjoining buildings (mill, paper mill, wine cellar and so on).

As the house gradually lost the great wealth of artefacts, valuable furnishings and masterpieces (more than 60 paintings by Venetian masters including Canaletto and Guardi, as well as two mappamondi by Coronelli were lost without trace) that it enjoyed at the height of its 18th century splendour, the Manin compound weathered a series of military occupations, from the Napoleonic troops to the Austro-Hungarian and German troops who were billeted there during World War I.

The house’s gradual decline and abandonment continued uninterrupted until the 1960s, when the building with its outbuildings and grounds were purchased and restored (in 1969) by the autonomous Region of Friuli Venezia Giulia. Count Giovanni, last surviving member of the last Doge’s family, died without heirs in 1997. 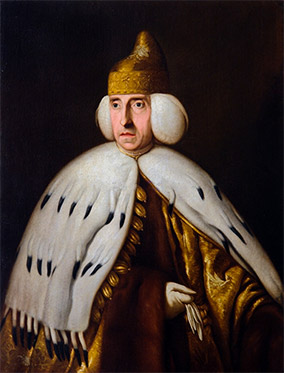